Kaden Childs is a graduate of Caesar Rodney High School in Camden, Delaware. The athletic administrator there is Bob Beron, CMAA. Childs’ parents are Jared and Lynnette Childs.  A three-sport student-athlete at Caesar Rodney, Childs participated in soccer, winter track and field, and track and field. As goalkeeper in soccer, he was first team all-conference and second team all-state.  Childs was fifth in the state for long jump in track and field and earned numerous leadership and sportsmanship awards.  He was involved in other activities, including chorale as a tenor section leader, National Honor Society, Spanish Club, Arabic Club, among others.  A leader in his local church, Childs at one point was president of his youth group and is serving on a statewide youth committee. In addition, he is also a coach for a U10 soccer team.

Margaret "Maggie" McCarthy is a graduate of Caesar Rodney High School in Camden, Delaware.  The athletic administrator there is Bob Beron, CMAA.  McCarthy's parents are Keith and Jen McCarthy.  A two-sport student-athlete at Caesar Rodney, McCarthy participated in field hockey and softball.  As a field hockey player, she was Academic and Honorable Mention All-Conference, Team Captain, and voted the "Best Defender."  As a softball player, she was also Academic All-Conference and a Team Captain.  She was involved in a number of other activities, including National Honor Society, Blue/Gold Club, and President of Girl's Athletic  Association.  Maggie is also the 2021 September WBOC Mountaire Scholar Athlete award winner. 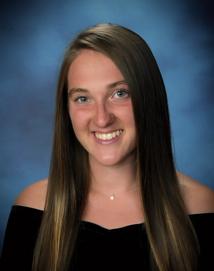 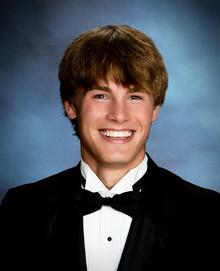